What is Economic Growth?

Economic Growth means that the economy is growing – more goods and services are being produced and consumed than they were before. The most common measurement of economic growth is the Gross Domestic Product (or GDP), which measures the total number of finished goods and services produced in an economy in a year.

Why is Economic Growth important?

Economics In Action!
If there is no growth but some technology increases that gives higher productivity to workers, that means people lose their jobs, since fewer people are producing the same amount of output!
Economic growth means that more things of more value are being produced now than they were before. An increase in the total value of goods and services means that more wealth is being created, and the economy as a whole is richer (although that does not mean the wealth is distributed evenly).

Governments usually do everything they can to encourage economic growth in order to create more jobs and wealth for their citizens.

Where Does Economic Growth Come From?

Long-term economic growth comes from more workers entering the economy (either through immigration or by lowering the unemployment rate), and the output per worker increasing through higher skill levels or more advanced technology. This is called Labor Productivity.

Labor productivity is increased directly by giving more workers more skills, so they are able to produce something of higher value. For example, if a construction worker learns a new technique for building a house that makes the finished building stronger but uses less materials, his labor productivity increases. 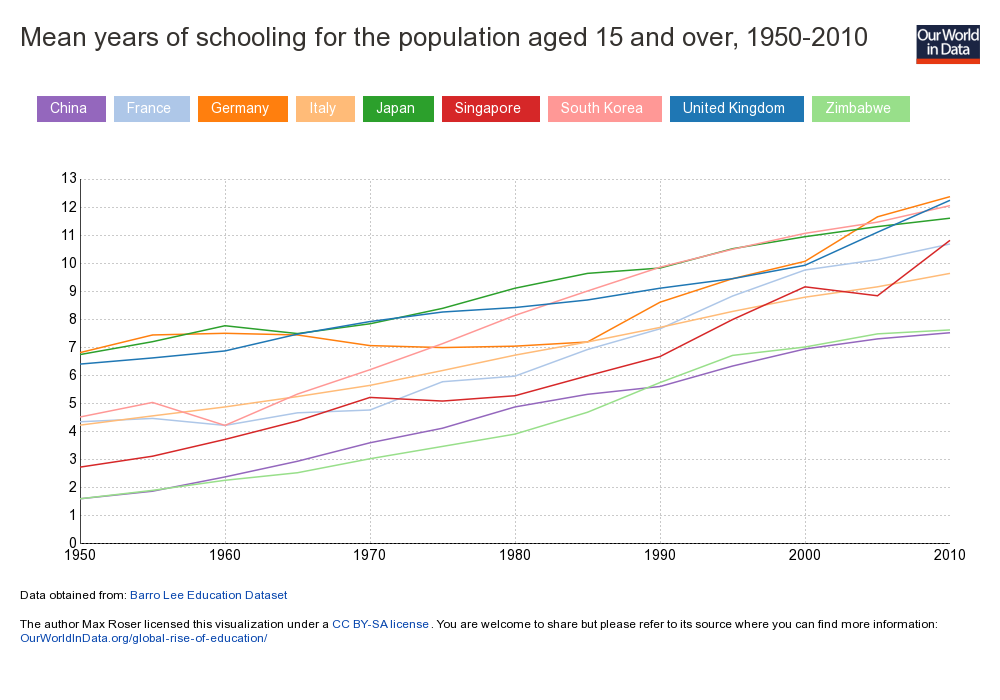 Generally speaking, the more years of school and training a person has, the higher their labor productivity is (including training they acquire on-the-job while working). As the average skill level of a country increases, they are able to produce more and better goods and services, which leads to economic growth.

Technology also plays an important role in increasing labor productivity and driving economic growth. As new machines and techniques are invented, each person is able to produce more output in less time. This includes better tools, but also better management techniques for helping large teams of people to work together.

For example, a farmer today with a modern tractor and harvesting machines can work nearly 500 times as much land as a farmer in 1800 using horses, oxen, and hand tools, and they need to work fewer hours per day.

This means that fewer people need to be farming to produce enough food, so more people can enter other industries (like manufacturing).

Another example of this is when personal computers became widely accepted in businesses around the world. This allowed people to keep more documents and records saved in an electronic format, making them easier to read, find, and share. This, in turn, allowed companies to spend less money on paper, and more on other technologies that helped workers be more productive. 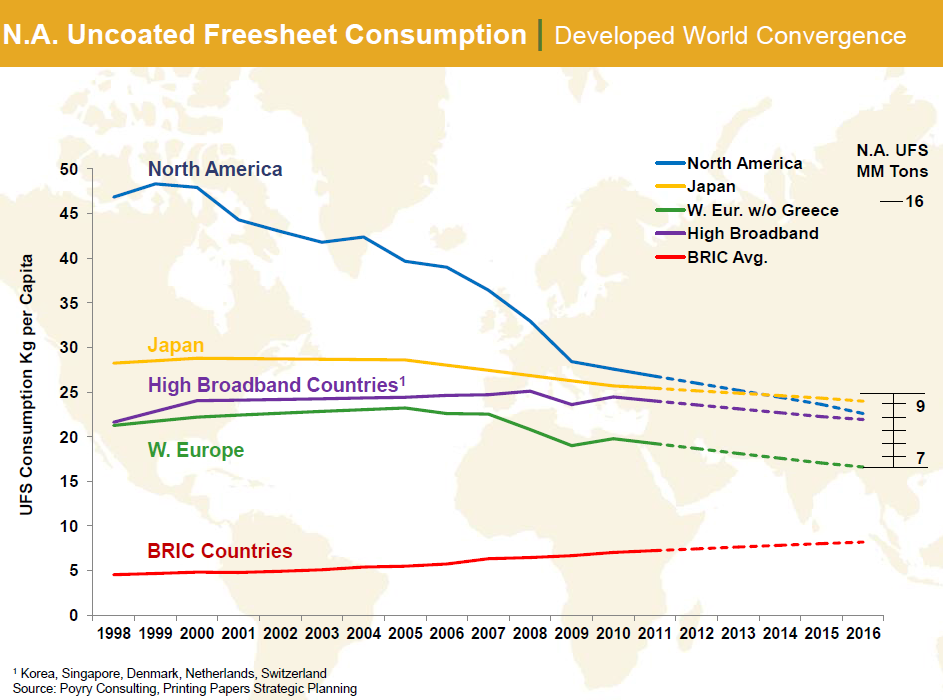 Economics In Action!
Companies sell stock to raise cash to use on investment. If you buy a stock from a company during their IPO, they will use that cash directly to buy new office equipment, hire new employees, and invest in research and development!
Other than improving labor productivity directly through skill building and technology advancement, another important driver of economic growth is investment. Every day, people, companies, and governments choose how much of their money they will use for consumption today, and how much they will save or invest to help drive future growth.

Individuals do this by saving or investing directly in businesses. Even if you just have a savings account, your savings are used by your bank to make loans to new businesses and older businesses that want to expand, so this helps drive future growth.

Businesses do this by directing their profits back into research and development, or direct re-investment (like buying new computers).

Governments do this by reducing taxes for individuals who invest most of their income, or providing other incentives for people and companies to drive research and direct investment.

Why Is Growth Different Between Countries?

Economic growth is wildly different between countries. The reasons for this are not always clear, but the biggest factor is that countries that have a lot of resources (both a skilled labor force and advanced technology) to start with will have an easier time developing newer and better skills and technologies, giving them a head start for growth.

Poorer countries might not have the same cultural drives that help encourage growth. For example, in many places in the world, it is heavily discouraged to ever borrow money. This can make it very difficult for a new business to get the funding they need to open, and also makes it difficult for established businesses to expand.

The opposite is also true, though. A country that starts off poorer can have much faster growth, since they can take advantage of the newer technologies and techniques developed elsewhere. This can help them “catch up” to richer countries.